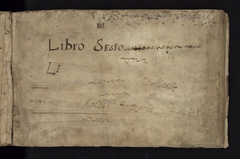 There are over 138,000 people in the RISM online catalog: not all composers or musicians who ever lived, but only those who are connected with a musical source.

Biographical information is recorded about each person in a separate record so that we can clearly identify the person and separate them from any potential conflicts, such as two composers with the same name. Information we encode includes gender, nationality, places, and functions. These aspects are all searchable in the RISM catalog (details here), enabling you to find all female composers in RISM, for example.

One personal aspect that is not encoded, however, is race or ethnicity. Though this practice is in line with cataloging rules in libraries around the world, the omission makes it difficult for RISM users who wish to find music by musicians from racial or ethnic groups that are underrepresented in today’s concert programs.

Luckily, several resources are available that make it easy to identify suitable music for this purpose. We have looked at Music by Black Composers, the Works Diversity Database from the Institute for Composer Diversity, the Inclusive Early Music bibliography, the Resources for Diversity in Early Music Repertoire from Early Music America, and a few of our own materials in order to identify people who have sources in RISM.

Vicente Lusitano (ca. 1522-after 1561) was a Portuguese composer and music theorist who was called a mestizo in 18th-century sources. RISM only lists his book of motets (RISM ID no. 990038714), the only copy of which is in Munich and can be viewed online.

Ignatius Sancho (1729-1780) was from West Africa and was born into slavery, then as a child taken from South America to England. He gained fame there as a writer and composer. His known printed works are Twelve country dances, A collection of new songs, and two books of dances. The song collection was previously anonymous in RISM. The two books of dances, held by the British Library, will be in RISM with the November update (RISM ID nos. 1001132704 and 1001132705).

Domingos Caldas Barbosa (ca. 1739-1800) was a composer, poet, and writer who was born in Rio de Janeiro and died in Lisbon. His father was Portuguese and his mother was an enslaved woman from Angola. All of the manuscripts in RISM by Barbosa are preserved at the National Library of Portugal and are modinhas, the kind of popular song that the composer became famous for.

Joseph Bologne de Saint-Georges (1745-1799): Bologne’s father was a French planter in Guadeloupe and his mother was an African slave. He spent most of his life in France and was a prolific composer. The RISM database has 90 sources for him preserved in libraries all over Europe, Russia, and the United States.

Maria Antonia Palacios : Of African origin, Palacios was responsible for music in the Chilean household in which she was enslaved. She copied the “Libro Sesto” (ca. 1790; see image) for this purpose. See our article on this manuscript, 18th-Century Music Manuscript “Libro Sesto” Tells of Colonial History in Chile.

Francis Johnson (1792-1844) was probably born in Martinique but spent his career in the United States. He was a composer but became famous as a bandmaster. Though he composed over 300 pieces (some are in the Lester S. Levy Sheet Music Collection), RISM only has his “Colonel Child’s March.”

The Lambert family was musically gifted, including Charles-Lucien Lambert (1828-1896), an African-American, and his son Lucien Léon Guillaume Lambert (1858-1945), who was born in France after the family emigrated there. The son is listed as the composer on two pieces in RISM, one vocal piece and one work for piano, but the father is also cross-referenced as a possible composer. Many more of their works can be found in the catalog of the French National Library (father, son).

Scott Joplin (ca. 1867-1917), the famous African-American composer, is best known for his ragtime music and can be found in numerous online collections of sheet music, including the Levy Collection. In RISM, his “Cascades” rag is preserved in an arrangement used by the historic orchestra of the Casino theater in Tongeren, Belgium.

Finally, we will point out the music collection in the Archive of the Sorbian Institute (D-BAUscb), which preserves music by the Sorbian people, one of the officially recognized ethnic minorities in Germany.

The above list is doubtless incomplete, and we would be happy to hear about additional names that belong on it.