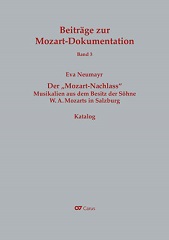 We have received the following from Eva Neumayr (RISM Salzburg):

This year marks the 230th birthday of Franz Xaver Wolfgang Mozart, the youngest son of Wolfgang Amadeus Mozart, born on 26 July 1791. When he died in 1844 in Karlsbad, it was by no means clear that his substantial music collection, which even today makes up the bulk of the valuable holdings of the Bibliotheca Mozartiana and the Mozart museums, would go to the Dommusikverein und Mozarteum (Society for Music at the Cathedral and Mozarteum) because his estate was entirely left to his partner Josephine Baroni-Cavalcabò. Facilitated by the collector Aloys Fuchs, Baroni-Cavalcabò donated the valuable collection—which contained the music library of Franz Xaver Mozart, many letters from the Mozart family, numerous Mozart autograph manuscripts and fragments, and various images of the Mozart family—to the Dommusikverein und Mozarteum. Later, parts of the collection belonging to Carl Thomas Mozart, his older brother, were added, which also contained letters and images from the Mozart family and Wolfgang Amadé Mozart’s instruments.

The Dommusikverein und Mozarteum was founded in 1841. Early on, there was an effort to start a library that could serve the needs of a music school as well as support church music and concert life. This association, which was so important for cultural life in Salzburg, split in 1881 into the Dommusikverein and the Internationale Stiftung Mozarteum (ISM). The library holdings were divided between the two institutions.

Beginning in 2014, the music material from this collection was cataloged for RISM and described according to scholarly standards thanks to a partnership between the two holding institutions, the ISM and the Archives of the Archdiocese of Salzburg. On 27 July 2021, a catalog of this collection (with an extensive introduction) was presented in the Kardinal-Schwarzenberg-Saal in the presence of the Chancellor of the Ordinariate of the archdiocese, Dr. Elisabeth Kandler-Mayer, and President of the ISM, Dr. Johannes Honsig-Erlenburg:

In the catalog, the music manuscripts and the printed editions of the “Mozart Nachlass” are arranged in the historical order of the original library of the Dommusikverein und Mozarteum. The manuscripts include music incipits. Complete indexes of copyists and watermarks complete the publication. 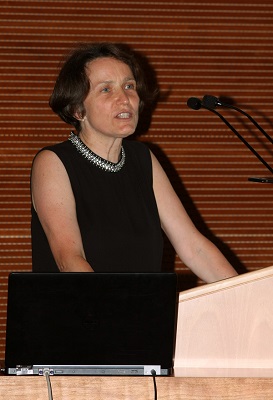 Eva Neumayr at the book presentation. Photograph by Josef Kral. 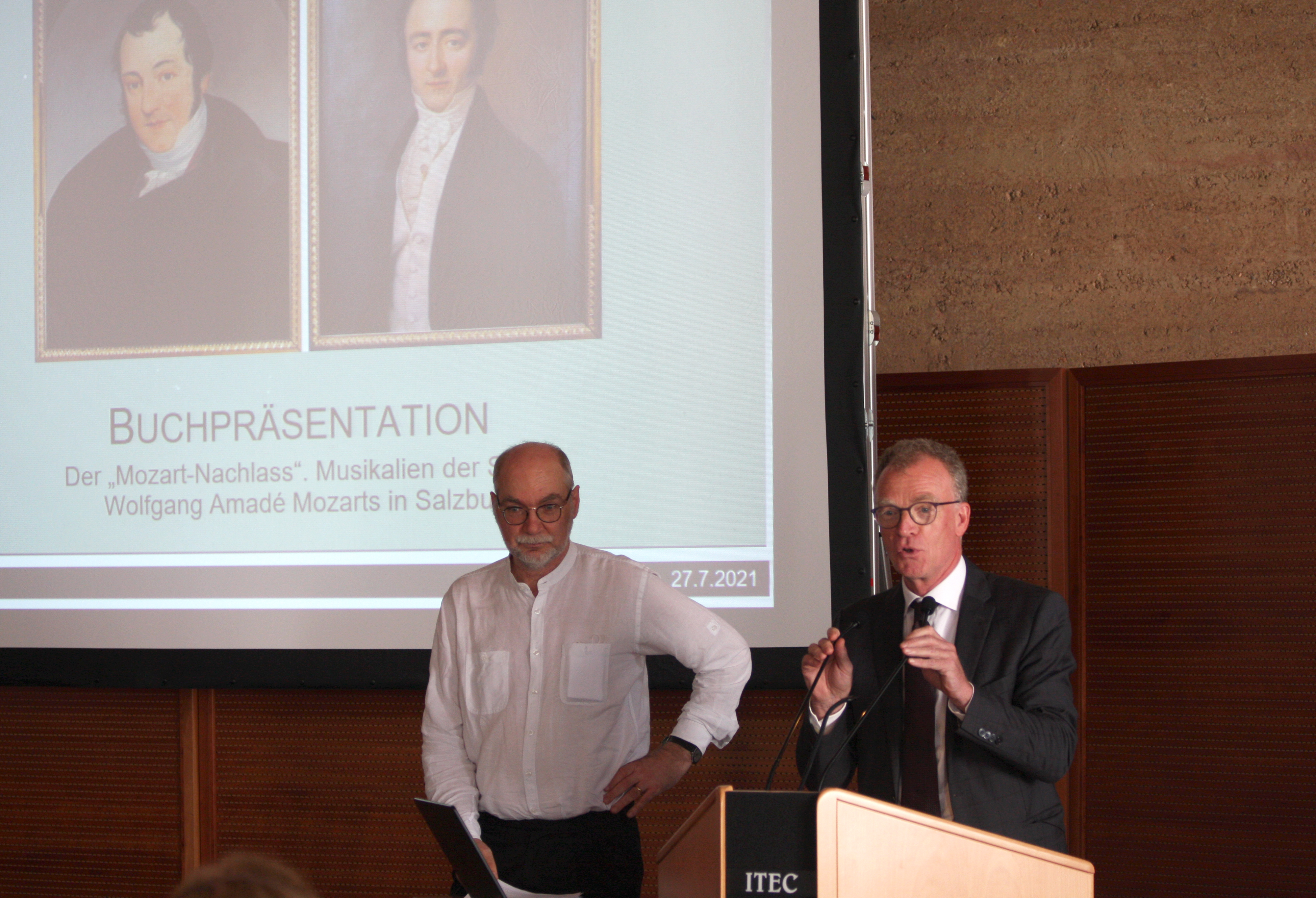 Dr. Eva Neumayr has led the music collection at the Archives of the Archdiocese since 2014 and is on the staff of the Stiftung Mozarteum. Dr. Armin Brinzing is the director of the Bibliotheka Mozartiana at the ISM. Dr. Till Reininghaus was on staff of the ISM but will join the Beethoven House in Bonn starting in August.