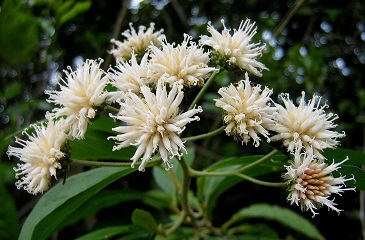 The connection between botany and music may not be all that obvious, but in our database you can find over forty botanists, mostly men and one woman. Most of our botanists wrote words that were set to music and they do not have any direct link to the music itself. Two of the “RISM botanists” wrote catalogs of works: Franz Reinecke (born in 1866, date of death unknown) compiled a catalog of the works of his father, Carl Reinecke, and even the author of the most famous catalog of works, Ludwig von Köchel (1800-1877), worked as a botanist.

Among the composing botanists, Hendrik Charles Focke is certainly the most versatile. Born in Paramaribo, Suriname, he studied in Utrecht and worked as a botanist, lawyer, ethnologist, and linguist. He is in RISM with a Gezang uit Anakreon. The son of Johann Baptist Schiedermayr, Carl Schiedermayr (1818-1895), was also involved with music (he was one of the founding members of the Männergesangverein Linz) but he later became known as a doctor and botanist. In RISM you will find seven masses and other sacred works by him.