Be My (Robert) Valentine 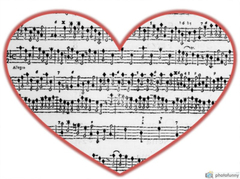 Today is Valentine’s Day, and the perfect Valentine for all music lovers is the music of Robert Valentine.

Robert Valentine (1674-1747) was an English composer who spent most of his career in Rome beginning in the 1790s. In his publications, Valentine Italianized his name to “Roberto Valentine” yet also qualified that with “Inglese.” Many Italian manuscripts go further, calling him “Sigr Roberto Valentini.”

Valentine played violin, cello, oboe, recorder and transverse flute, and his compositions for these wind instruments are still popular today. In Rome, he was in demand as a teacher. From his printed music, we can infer from the dedications that he frequently entertained visitors from England and abroad: for example, his op. 2 dedicated to Sir Thomas Samwell, op. 3 dedicated to John Fleetwood, and his op. 5 dedicated to Thomas Coke. These and other musically inclined dedicatees were an important source of income for Valentine.

Valentine fostered connections to his native England and his concerti grossi for strings are fully acclimated to the musical style of his adopted city. Michael Talbot points all this out in a recent article, further noting Valentine’s role as an “intermediary bringing Italian music to English patrons and customers.”

Currently we are working on enhancing the RISM records for Valentine thanks to the article by Talbot and the older thematic catalog by J. Bradford Young. The RISM database currently contains nearly 150 sources for Valentine, about 2.5 times more manuscripts than prints, in sources scattered all over the European continent and in the United States. Talbot lists only eight opus numbers that were authorized by Valentine, all published in Rome or, in one case, Florence. Once the music went abroad, often in manuscript form, the sequence of opus numbers gets a bit messy, and some English publications were evidently unauthorized. Further complicating clarity in Valentine’s output are numerous arrangements as well as potential confusion with Giuseppe Valentini (1681-1753).

See: Michael Talbot, “Robert Valentine and the Roman Concerto Grosso,” Ad Parnassum: A Journal of Eighteenth- and Nineteenth-Century Instrumental Music 14 (April 2016): 1-36. We are grateful to Prof. Talbot for calling our attention to this article.