A Summer of Musical Sources 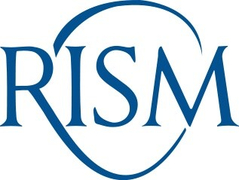 Martin Bierwisch, a musicology student at the Universität Mainz, spent the summer with us as an intern. Read on about his experiences. If you are interested in an internship with RISM, please get in touch: contact@rism.info

The idea of doing an internship at the RISM Zentralredaktion was the result of several factors coming together. One was that I had used the online catalog and the A/I volumes before. Attending the conference in 2012 also sparked my interest.

My work at the Central Office was varied and changed every day. The cataloging program Kallisto played a central role. I used it to edit entries that appear in the RISM online catalog. One of my first tasks was to edit the entries for Carl Philipp Emanuel Bach by adding or amending numbers from thematic catalogs. I was surprised to discover that even the oldest of the catalogs, the Thematisches Verzeichnis by Wotquenne (Wq), is still heavily used even though it was published in 1905 and was supplanted by the more detailed Helm catalog (indicated as HelB in the online catalog). I was also able to add references from the new catalog of vocal works from 2014 (Wolfram Enßlin, Carl Philipp Emanuel Bach: Thematisch-systematisches Verzeichnis der musikalischen Werke: Teil 2: Vokalwerke; BR-CPEB), which cites RISM numbers in the source descriptions. In addition, I encountered the Scriabin thematic catalog (by Daniel Bosshard; BosS) and two different Tchaikovsky catalogs (by Polina E. Vajdman, ČW; and Alexander Poznansky and Brett Langston, PozČ). Visits to the nearby university library were arranged as well so I could take a look at other thematic catalogs, secondary literature, and other reference sources.

A particularly special event was when colleagues from the Seminario de Música en la Nueva España y el México Independiente, based in Mexico, visited the Central Office. During this visit, it became especially clear to me the international role that RISM plays and how important it is to work closely with individual projects. In addition, I could see how many sources are still waiting to be cataloged.

A large part of my work was entering incipits using Plain & Easie Code. I used digitized manuscripts available from the TU Darmstadt and the Berliner Staatsbibliothek. Most of these were even autograph manuscripts, including works by Johann Schelle, Georg Joseph Vogler, Georg Philipp Telemann, and Georg Österreich. I was able to use and improve my reading knowledge of Kurrent handwriting. I also became familiar with old keys. I had to consider how long an incipit (text or music) should be so that identifying pieces is as easy and secure as it can be.

In addition to these areas, the Central Office manages the website and their Facebook and Twitter pages. I had the opportunity to write a short article about Robert Eitner, which was published online. I observed work in other areas, such as creating new library sigla, researching information about composers, and editing authority files. With the assistance of one of my colleagues, I was allowed to create a new siglum:A-HOH (Zisterzienserinnenabtei Mariastern-Gwiggen in Hohenweiler, Austria). I also learned about using standardized forms of titles for operas based on entries in New Grove and I edited some entries for Meyerbeer, Berton, and Cherubini.

Another large project is preparing an online version of the A/I and B/I series. A different program called Muscat is being used for this and is currently being developed. While working with Muscat, I learned that even the supplemental volumes that were published are no longer complete or up-to-date. New information for these volumes has had to wait until now to be incorporated. With the new online version, it is possible to incorporate changes, corrections, and additions. If you think about how many sigla have changed since 1971 (when the first volume in A/I was published), you can see how it’s about time that we have a version that we can constantly update. This way you can also document new acquisitions as well as losses. In addition, there is a lot you can add to each entry. Call numbers and links to digital objects can also be added—this is what I worked on. One of the libraries that had reported new acquisitions was the Bibliothèque royale de Belgique (B-Br) and I added these new items to the database .

Altogether, I got to know a variety of different types of work that RISM undertakes and learned how to ask entirely new questions: How do you treat a pasticcio when you are trying to arrange information by composer? How do you document sources that you know have been destroyed? Why does an article by Fétis (in Biographie universelle des musiciens et bibliographie générale de la musique) sometimes look so darned similar to one by Schilling (in Encyclopädie der gesamten musikalischen Wissenschaften oder Universal-Lexicon der Tonkunst)? Why is it that a third thematic catalog for C. P. E. Bach is in the works while there is an endless number of composers that have been more or less ignored? Or what do you do with a collection that used to be in Berlin and is now in Kraków (Pl-Kj)?

I also had the opportunity to look through the cards in RISM’s old card catalog that were left out of A/I because the composers were born too late for inclusion (after 1770). This chronological limit has led to a few curiosities. For example, there is a piano reduction of the overture to La vestale in A/I (S 5453) but not the full opera itself. The reason for this is that the composer of the opera, Gaspare Spontini, was born just after the cutoff date–in 1774–but the arranger, Daniel Gottlieb Steibelt, squeaked through by being born in 1765.

All in all, I can say that with the help of individuals at the Central Office, especially Dr. Martina Falletta, I got a good overview of day-to-day work. This improved my skills on both a theoretical and practical level.