Embedded in a Worldwide Network: Projects of the Ukrainian RISM Working Group 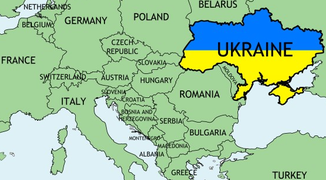 Ukraine still features a number of music collections especially in the western part of the country, in venerable Lviv. The musical sources that are preserved in this multiethnic and multiconfessional trading town represent several music cultures. Besides the Greek Catholic and Ukrainian Orthodox confessions, Lviv also has a Polish Catholic and an Armenian church. Recent years have also seen the resurgence of Jewish life in the city.

In Eastern Europe Lviv was among the first cities to contribute to the rise of book printing. One notable figure was Ivan Fyodorov, a Russian printer active there in the 1570s and 1580s. The number of prints surviving from this period is of course modest, while manuscript sources have survived in greater numbers.

At the library of the Ivan Franco University (UA-LVu) a collection containing music manuscripts from the Middle Ages and the modern era has been cataloged for RISM.

The Stefanyk Library and in particular its Ossoliński Collection (UA-LVs) also includes numerous music historical sources that await cataloging, including the collection of the Lviv Philharmonic Society as well as musical sources from the Soviet period. The RISM entries pertaining to the manuscripts of the composer Johann Ruckgaber, a collection featuring piano music of the 19th century, have originated in this library.

In Kyiv, the music department of the national library (UA-Knbuv) holds the Razumovsky collection, which has suffered losses over time, but still offers a representative overview of the repertory of the 18th and early 19th centuries. This website offers a good introduction to the music collection.

As early as the 1990s, RISM has offered music cataloging workshops in Kyiv. Our cooperation with them was continued in June 2013 in Kyiv and in February 2019 in Lviv.

Prior to the recent attack on Ukraine, our colleagues also established contacts in Odessa and Kharkiv, which we would like to further develop once the acts of war cease. The partnership with Kyiv and Lviv should also flourish further.

In this context we would like to remind everyone once again of the 2001 return of the Berlin Singakademie collection from Ukraine to Germany. The sources have in the meantime been fully cataloged for RISM by the Berlin State Library, and are searchable online in the RISM Catalog of Musical Sources.

Our colleagues in Ukraine are in our thoughts. May their sufferings, as well as the sufferings of the soldiers and all their relatives, come to an end soon.

Image: Ukraine on the map of Europe via clker.com (public domain).