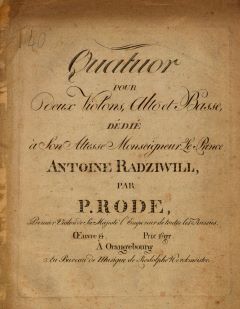 If you were at the RISM Day which took place alongside this year’s IAML Congress in Prague, you might remember that there are entries for printed editions in RISM’s A/I series that should ideally be split into separate ones. One example is when a library indicates that it owns “several different editions”. Sometimes one entry can also refer to different issues, such as RISM ID no. 990055727 (A/I R 2397; RISM Catalog | RISM Online): This record for Bernhard Romberg’s string quartet op. 12, no. 4 contains both the edition with the imprint by Ambrosius Kühnel (Bureau de Musique) in Leipzig as well as the later issue published by his successor, C. F. Peters. Ideally these issues would be separated into two different records with the holding libraries then redistributed accordingly.

All such cases concerning the publisher Rudolph Werckmeister (RISM Catalog | RISM Online), who was active between 1802 and 1809, have now been revised in the RISM database. After the publisher moved his company from Oranienburg to Berlin in 1806, he updated the imprint as he printed new issues of works he had published before his move. That is why—in some cases—we now have one issue each with Oranienburg or Berlin indicated as the place of publication on the title page. Sometimes such issues had already received their own A/I numbers (such as W 437 (RISM Catalog | RISM Online) and W 438 (RISM Catalog | RISM Online). In all other cases, the records have now been split and contain cross-references to each other. However, it was not possible for us to determine the imprint for each copy reported to RISM.

To avoid further confusion, it should be added that there are some editions by Werckmeister that feature the names of both places on the title page because he at some point collaborated with the publisher and seller Heinrich Frölich in Berlin. 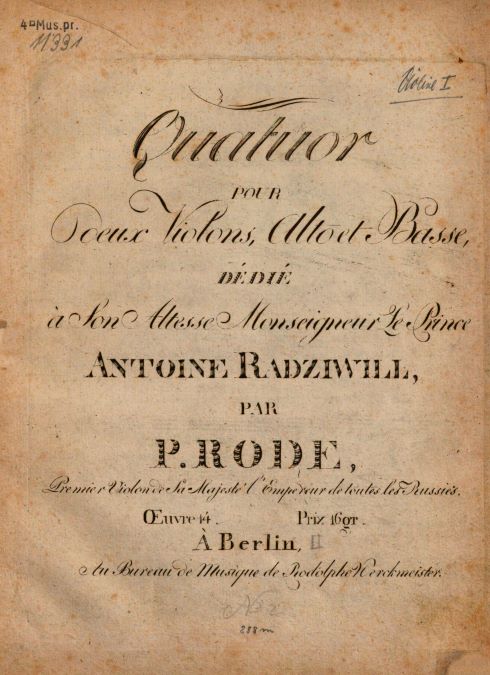