A Musicological Summer in Frankfurt

Our intern in the summer of 2017 was Vivian Tompkins, and what follows is a report of her experiences:

Musicology, music librarianship, and German language study are the three main interests that I discovered in the course of my undergraduate career, so it was thrilling for me to find out during my final semester of college that I would be able to undertake an internship at the RISM Central Office in Frankfurt. Such an internship was the perfect opportunity to combine my academic interests. This summer I spent a total of four weeks at the Central Office, where the staff helped me to learn more about the work of RISM and about the international community of music libraries.

My first projects at the Central Office centered on the composer Barbara Strozzi and the music collection of the Christ Church Library & Archives (GB-Och), two topics that are personally relevant for me. Strozzi’s life and works were the focus of an independent study that I completed as an undergraduate student, and my first experience with the cataloging program Muscat was gathering information for records of her works. My second project involved anonymous sources in the music collection at Christ Church, Oxford. Next year I will begin my studies at Christ Church, so it was an exciting and valuable experience to work with records of sources from this collection. This project also allowed me to become more familiar with other catalogs and thematic indexes. For example, I was able to add information to several records using the Viola da Gamba Society’s Thematic Index of Music for Viols (RISM short title: VdGS).

I also had the opportunity to take a closer look at the different areas of work in the Central Office. One of the ongoing projects is focused on the records of printed collections from the years 1550-1600. In finding out more about this project, I learned how to handle various difficulties that can arise in the process of gathering information from such sources. It was especially interesting to learn more about the old spellings and styles of handwriting that appear in these collections. Another valuable experience was getting to know the RISM library sigla and working with the authority files for institutions. I helped to add information to the records of various libraries in Great Britain by locating their ISIL (International Standard Identifier for Libraries and Related Organizations) numbers and entering them in Muscat.

As an American student, I particularly enjoyed visiting seminars and other classes at the universities in Frankfurt. Dr. Martina Falletta made it possible for me to sit in on a seminar at the Frankfurt University of Music and Performing Arts as well as multiple classes at Goethe University. Since 25 June 2017 marked the 250th anniversary of the death of Georg Philipp Telemann, most of the seminars and classes focused on the life and works of this prolific Baroque composer. The lectures and student presentations were not only highly engaging but also relevant to my own research interests, since I plan to study music of the Baroque era. I was also able to join a group of students from the Johannes Gutenburg University in Mainz during their visit to the Johann Christian Senckenberg Library at Goethe University (D-F), where we heard from one of the editors of the Frankfurter Telemann-Ausgaben and viewed manuscript copies of Telemann’s church cantatas. This opportunity, as well as my visit to the offices of the Gluck Gesamtausgabe, served as a helpful insight into the preparation of a critical edition. Other exciting excursions included visits to the Hindemith Institute (D-Fhi) and the Archiv Frau und Musik (D-Fafm). 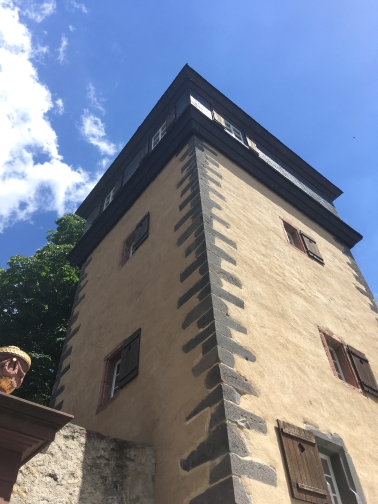 The Kuhhirtenturm in Frankfurt, where Hindemith lived from 1923 to 1927 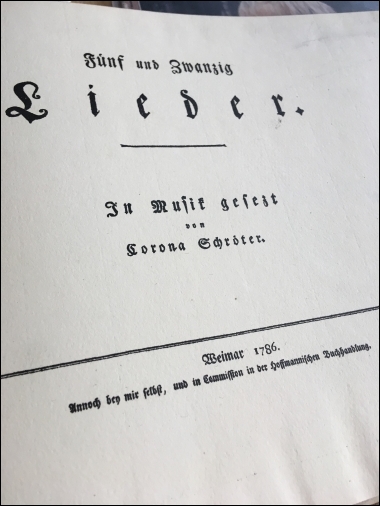 During the fourth week of my internship I attended the 66th Annual Congress of the International Association of Music Libraries, Archives, and Documentation Centres. This year’s congress took place at the National Library of Latvia in Riga. The four-day event was an amazing opportunity to meet librarians and archivists from around the world and to learn about different collections and ongoing projects. I am particularly interested in library projects that involve the digital humanities, so it was exciting to hear about the digitalization of collections from institutions such as the Mozarteum Foundation Salzburg (A-Sm), the Royal Library of Belgium (B-Br), and the Leipzig Bach Archive (D-LEb). Also of great interest was the presentation from the RISM working group in the Chinese language region, who spoke about the efforts to document and preserve musical sources in their countries. 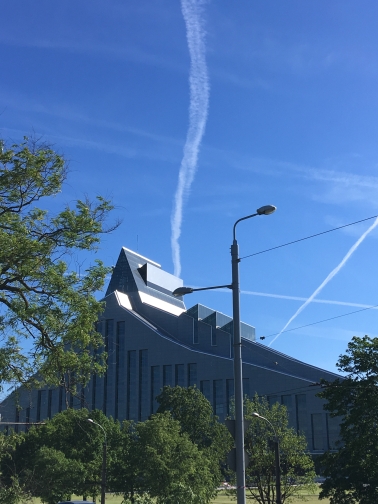 The National Library of Latvia in Riga

It’s hard to believe that five weeks have already passed since I arrived in Frankfurt. I would like to thank the staff of the Central Office, particularly Jennifer Ward and Dr. Martina Falletta, who made this internship possible and enabled me to have so many invaluable scholarly and musical experiences during my time in Frankfurt. This internship was a wonderful chance to get a closer look at the work of RISM and in doing so to gain a deeper understanding of the vital relationship between the fields of musicology and librarianship.

All photographs by Vivian Tompkins.