The Robin and Music 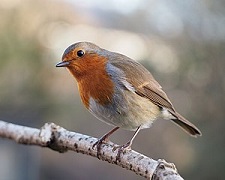 The fall bird migration is just about over here in Germany and many species have found their way to their winter quarters. But the European Robin (Erithacus rubecula) stays with us throughout the year and continues to show up at backyard feeders even as the days grow colder and darker.

The robin is the 2021 Bird of the Year here in Germany as chosen by the environmental organization NABU.

This familiar bird has been a constant companion throughout the ages and has a close relationship to music, no doubt thanks to its own melodic song and its close proximity to people. Searching the RISM catalog by robin, Rotkehlchen, or rouge-gorge shows how the bird has captured the imagination.

RISM only has one piece with a French rouge-gorge, a partsong by Swiss composer Joseph Bovet. Several lieder treating the German Rotkehlchen are also present. One is by Anna Kock, in a possible autograph manuscript preserved in Kiel (RISM ID no. 457001145). Unfortunately we don’t have very much biographical information about her, only that she was active around 1890-1910. Does anyone else know more about her?

The Rotkehlchen also charmed non-German composers. Four manuscripts of the lied “Das Rotkehlchen” by Antonio Rosetti are preserved. And we find a Rotkehlchen in Ignaz Pleyel’s “Das Rotkehlchen,” part of his setting of 12 German Lieder in Winter-Unterhaltung.

In English, the bird has such an affinity to people that it is used as a first name, not least in reference to Robin Hood. Robin also figures as a character in countless English songs. 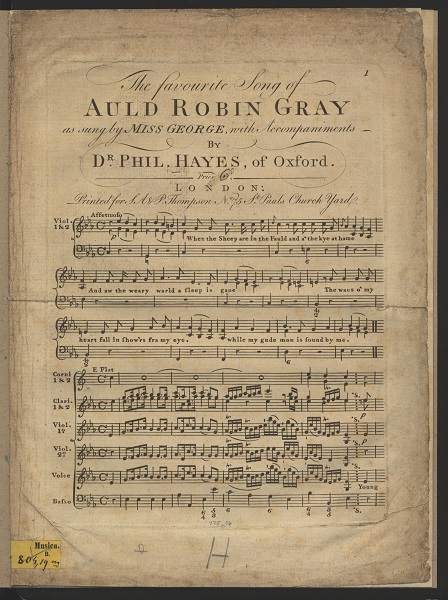