Bel canto and beyond 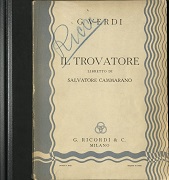 The following is by Christina Linklater (U. S. RISM Office, Harvard University) and originally appeared on the Loeb Music Library’s blog. It is reprinted here with kind permission.

The Eda Kuhn Loeb Music Library has recently acquired the personal collection of Italian accompanist, conductor and vocal coach Luigi Ricci (1893-1981): printed scores containing vocal exercises, opera and other large-scale vocal genres, instrumental music and songs, many of them annotated, some heavily, by Ricci and others. Taken as a whole, the collection illustrates the knowledge and taste of an important figure in the opera world of twentieth-century Italy. 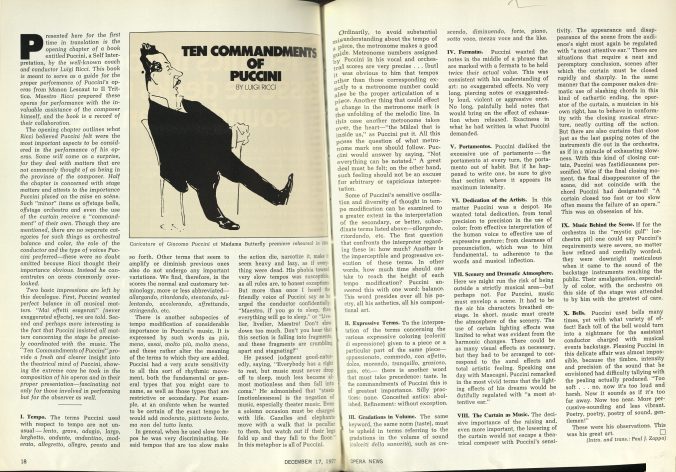 From an early age, Ricci provided piano accompaniment at voice lessons given by baritone Antonio Cotogni, whose performances of several Verdi operas were supervised by the composer himself. Ricci took careful notes throughout his career, eventually publishing several books in which he communicates the nineteenth-century bel canto traditions passed on to him in his teenage years by Cotogni and, subsequently, by the composers with whom he collaborated as an assistant conductor at the Rome Opera House.

The impact of Luigi Ricci on twentieth-century opera performance is summarized by Renata Scotto in a 2016 Opera News article: “When I teach, I’m thinking of my own teachers and of the great conductors I learned so much from. They gave to me so much—and I gave to them a lot, I believe. In the beginning, I had a great teacher—Luigi Ricci, who had been a coach at Teatro di Roma and did Butterfly with Puccini. I got directly what Puccini told him. I feel it’s my duty to pass it on to young singers. Ricci spoke a lot about the words. Puccini was very much interested in the interpretation, the passion, the love. ‘Un bel dì’ is not an aria—you tell a vision. Ricci told me, ‘Don’t sing too much—don’t make a big sound. Have a vision of that nave bianca.’”

He is best known today for interpreting Puccini and Verdi, but Ricci’s collection also includes scores, most of them enthusiastically annotated, of scores by Shostakovich, Wagner, Mozart and many others. This 1945 vocal score of Benjamin Britten’s Peter Grimes bears Ricci’s typical traces of ownership: 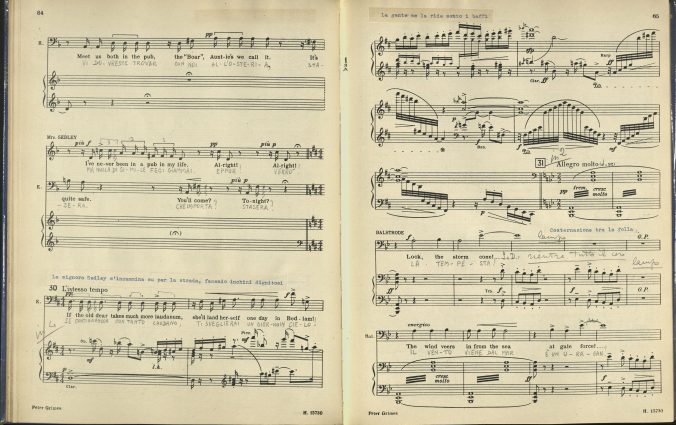 The Luigi Ricci collection of scores, 1865-1969 was processed by Émilie Blondin and Christina Linklater. The entire collection is now available; click on Request to Copy or Visit to schedule your appointment or arrange for scans.