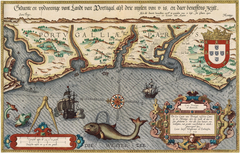 This week we will highlight the works of Pedro António Avondano (1714-1782), a Portuguese composer who was born 300 years ago this April.

Although he was born and died in Lisbon, his works have seen more of the world than he did. The RISM database indexes 62 sources for Avondano, mostly instrumental chamber music, but also his dramma giocoso Il mondo della luna (1765). The minuets, knows as the Lisbon minuets, would have been performed at balls for the entertainment of the foreign community in Lisbon. They must have made a good impression on their listeners. The ex-pat British community in Lisbon saw to it that three collections of his minuets were published in London between ca. 1766-1770 (RISM A/I A 2947, A 2950, and A 2948, today held by the British Library).

Today, Avondano’s manuscripts are held in places as far apart as Paris, New York, and Tokyo. Using a Google Fusion Map, it is easy to see how far his music has travelled from Portugal. Note: Google Fusion Tables were discontinued in 2019.

A conference called “Niccolò Jommelli, Christoph Willibald Gluck and Pedro António Avondano, in the occasion of their 300th anniversary: The circulation of musical repertoires in 18th-century Europe” will take place in June 2014 in Lisbon, Portugal. The call for papers has been extended to April 5.