Holdings of the Berlin Sing-Akademie Cataloged 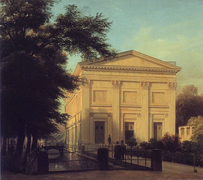 The complete archival holdings of the Berlin Sing-Akademie have been cataloged. The collection, which is of high importance to musicians and musicologists, was believed to be lost after the Second World War but was discovered in the Ukraine in 1999. In 2001, it was returned to the Berlin State Library. All of the Sing-Akademie’s holdings are described in RISM’s online catalog.

For more information (in German), see the press release by the Berlin State Library and the article “Späte Rückkehr” from the Frankfurter Allgemeine Zeitung.