Several anonymous manuscript fragments from around 1600 came to light in 2009 as rarities in Tyrol. They have not yet been identified. One piece is an eight-voice motet for the feast of St. John the Baptist, Jubilate Deo omnis terra, and the other is the violone part to the Marian song Maria schönste. 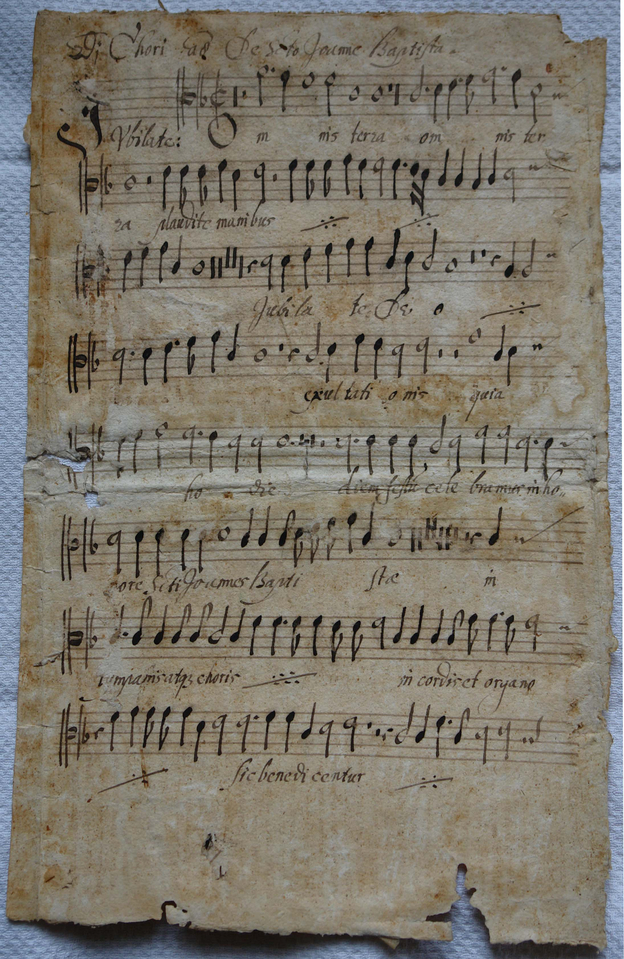 In 2007, on the basis of manuscript DKA 319 held by I-BREd, Wolfgang Amadeus Mozart’s mass KV 257 was identified definitively as the so-called “Spaur Mass” and the source used at the first performance of the work in Salzburg in 1776. The illustration shows markings by Leopold Mozart (marked in green) and by the court copyist Maximilian Raab (marked in blue). Mozart’s father added signs for dynamics and cue notes (1st violin) to the following movement.

The Salzburg Museum displayed the libretto of Georg Muffat’s opera Le fatali felicità di Plutone (Salzburg, 1690) as a featured exhibit in 2008. This libretto is the only known extant complete copyin the world.

The opera was presented in the court theatre in Salzburg on the occasion of the inauguration of Prince Archbishop Johann Ernst Graf von Thun.